In April 2020, Prof. Zhancheng GUO’s (our director) team was awarded the American Ceramic Society’s Spriggs Phase Equilibria Award for their study "Thermodynamics and crystallization kinetics of REEs in CaO-SiO2-Ce2O3 system". The study was jointly completed by Ph.D. student Xi Lan, Associate Professor Jintao Gao and Professor Zhancheng GUO, who are all with the State Key Laboratory of Advanced Metallurgy, University of Science and Technology Beijing. The Spriggs phase equilibria award is an Academic Award established by the American Ceramic Society, which is granted to researchers who make the most valuable contribution to phase stability relationships in ceramic-based systems literature during the previous year.

Rare earths are important raw materials of high-performance materials, which usually coexist with iron ores in nature and is difficult to separate and extract them. Traditionally, hydrometallurgy is used for the separation and extraction of rare earths, which has the disadvantages of long process, low recovery rate and heavy pollution. For efficient utilization of the rare earth symbiotic ore resources in Bayan Obo, Professor  GUO’s team developed a short process and clean technology of smelting reduction ironmaking, molten rare earth slag crystallization, and super-gravity separation and enrichment. 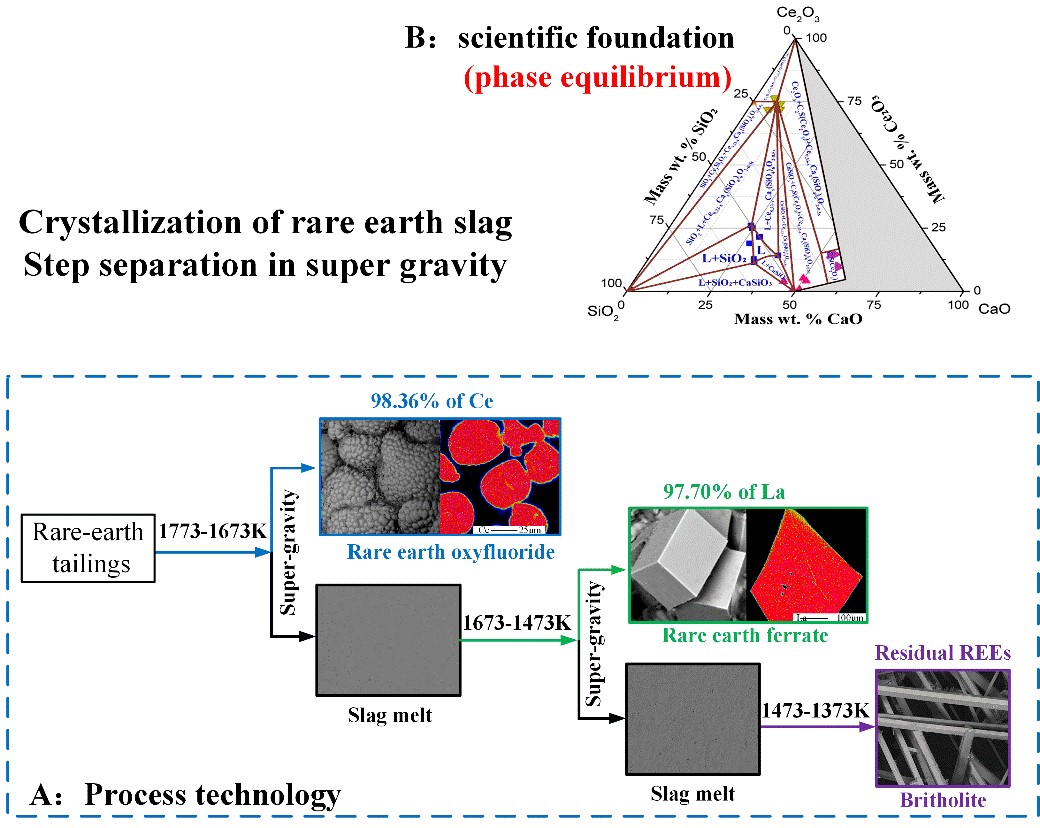 In order to achieve the separation and enrichment of the rare earth components from rare earth slags under super gravity, it is necessary to clarify the mineral phase reconstruction of the slags. At present, there are neither high-temperature phase diagrams of rare earth slags system, nor the thermodynamic data for rate earths. Therefore, the research team systematically studied the crystallization process of CaO-SiO2-Ce2O3 ternary basic slag, clarified the phase structure of rare earth crystals, established the phase equilibrium diagrams of rare earth slag at high temperature, supplied the thermodynamics and phase structure in this field, and provided an important scientific basis for the separation and extraction of rare earth components from rare earth slags and the preparation of rare earth glass ceramics. This research result was published in April 2020, and was recommended to be awarded the annual ACerS Spriggs phase equilibria award in the month.

Professor GUO’s team has been committed to the development of new technology for high-temperature metallurgy from basic research to industrial application, and won the bilton gold medal academic award of IOM3 Association in 2006.